A wonderful and immersive experience, the Triennial takes the visitor on a long and circuitous journey through time and space.
Mem Capp 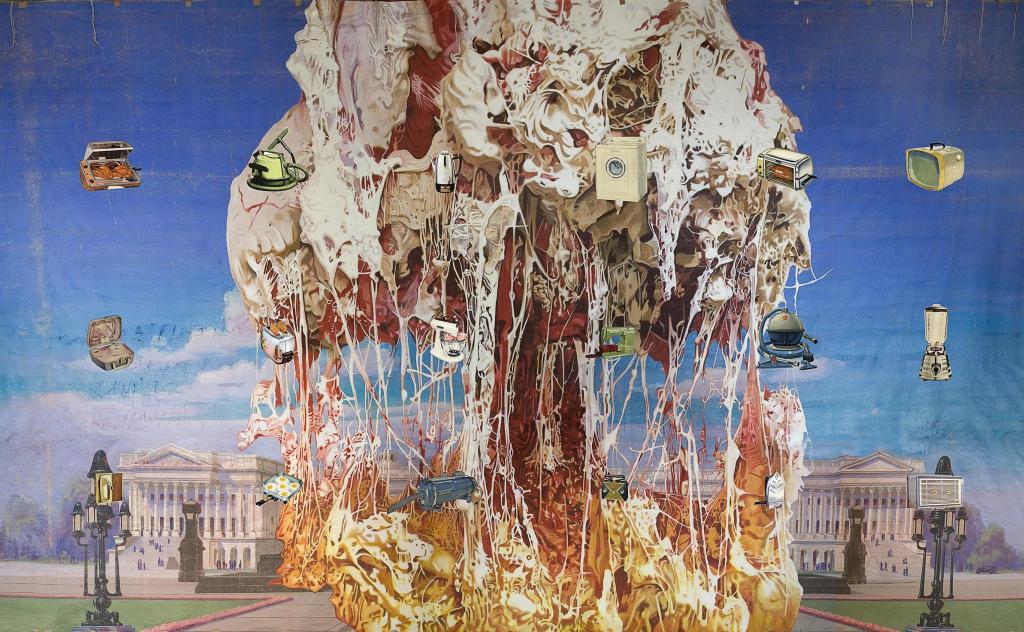 When the Voyager 1 was sent into deep space by NASA in 1977 with a compilation of recordings by famous composers on board, the aim, like a message in a bottle, was to communicate something to a life beyond our own about the heights of human achievement. The opening track was the first movement of J S Bach’s Brandenburg Concerto No. 2 in F major, the soaring tones of the trumpet celebrating the wonder and beauty of our shared humanity across time and space.

In a year such as the one we’ve just had, when much of Australia along with the rest of the world struggled with the spread of a deadly virus and changed the way we lived and communicated, to stage an art triennial for many must have seemed as fantastical a venture as travelling to the outer edges of our universe; its possibilities of success something akin to a voyage into the unknown.

Traversing all levels of the NGV International and featuring almost 90 projects from 30 countries, 33 artworks were commissioned, the 2020 Triennial runs until April 2021. Three years in the making with a huge curatorial team who communicated with artists via zoom and installed via small socially distanced teams with artists supervising the installation of their works via iPads, the exhibition is underpinned by four themes; illumination, reflection conservation and speculation: artist both national and international have created pieces inspired by or in conversation with works from the NGV collection.

As one enters the gallery foyer on the ground floor of the NGV International, the 10 metre square multimedia video work Quantum Memories, 2020, by Turkish artist Refik Anadol, bombards the spectator; a swirling mass of regurgitated images from the internet of the natural world. Using artificial intelligence (AI), more than 200 million images are drawn on to create an ever-changing art piece. The work is a fascinating and mesmerising visual assault that immediately draws the viewer in as well as providing an entre of what is to come.

Capitol viscera appliances mural, acrylic on muslin, 2020, by the artist Jim Shaw touches on issues of politics and consumerism. A wonderfully prescient work considering the recent assault on Capital Hill, it depicts an atomic explosion over a theatrical backdrop of Capital Hill, ‘the seat of government’; the mushroom cloud spewing molten lava along with domestic appliances speaks of another age when America lead the world in the capitalist race. A piece that encourages one to reflect on the idea of a once great nation’s looming demise.

Botanical pavilion, 2020, a beautifully mindful piece, is a collaboration between Melbourne artist Geoffrey Nees and Kengo Kuma, one of Japan’s most respected architects. Made in the Japanese tradition of wooden architecture in which interlocking pieces are held together by tension and gravity the timber was harvested from trees that died during the Millennium Drought at Melbourne’s Royal Botanic Gardens; the work speaks of our local ecology and the environment in an age when pressing environmental issues challenge us to consider our very survival as a species. This installation piece creates a sensory experience in which dappled light forms patterns from the tessellated wood above as the visitor makes their way through the wooden U-shaped structure to the newly acquired painting Dialogue, oil on canvas, 2017, by South Korean artist Lee Ufan. Made up of a multitude of fine brush marks to emulate the feeling of a single stroke, it ‘engages the viewer in the contemplation of body and time.’

The challenge with this exhibition is its enormity. There is so much to see and contemplate that it would be quite reasonable to put a day aside to take time to explore and wander the gallery floors. The works are supported by an array of interpretive material from didactic panels and text labels to carefully reconstructed gallery spaces which allow a conversation between the newly introduced pieces and the existing NGV collection to take place.

The Kids gallery is fitted out with the art of Misaki Kawai in Moja Moja Life, 2020. It features bold, bright sculptures and paintings along with interactive mini theatres in which children can create and share their own videos online. Online material developed for teachers and students in line with curriculum key learning areas is also available along with a virtual tour of the exhibition itself for the general public. A five-volume Triennial catalogue is also available for purchase.

An example of the broad vision of gallery curators can be seen in such works as Salon et Lumièr, created by an in-house team and based on the Paris Salon of the 19th century. Working with more than 140 paintings and sculptures and filling every inch of wall space with art, the salon is brought to life by soundscapes and intermittent light projections with the aim of recreating an environment of energy and excitement like the original Paris Salon.

Natural History, 2020, by Los Angeles-based art collective Fallen Fruit, is a wallpaper artwork inspired by Australian native flora and fauna. Juxtaposed with introduced species of plants and animals drawn from the NGV collection, these recontextualised spaces encourage the viewer to question existing paradigms of history, indigeneity and colonialism. Presented in subtly changing hues from rich blues to luscious greens and pinks, this wallpaper artwork creates immersive spaces, providing new ‘visual and cultural contexts in which to view European and Australian paintings and sculptures.’

A wonderful and immersive experience, the Triennial takes the visitor on a long and circuitous journey through time and space and is a ‘must see’ for anyone living in or visiting Melbourne.  Free timed-entry tickets are available online and the Triennial EXTRA, a festival of live music in the evenings during summer, adds another level of entertainment after a tough year.

Something of a monumental feat, the decision by the NGV to forge ahead with plans to open the Triennial exhibition in December 2020 paid off; celebrating not only our resilience as a community but the enduring importance of the creative arts in our lives and, like the music from Bach’s trumpet as it ascends skyward, a celebration of the creative spirit that inspires us to greater heights.

Mem Capp is a Melbourne artist and writer. 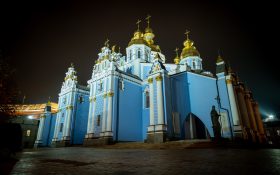 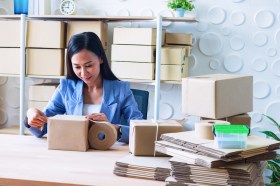 How to turn old learnings from portfolio careers into new gains, when starting a studio-based business.