Saxism or Sexism? Gender diversity in the classical saxophone community

The classical music sector has long been dominated by men, a situation only amplified for classical saxophonists. The sexism in the industry needs to change, says performer, researcher and educator Jazmin Ealden.
Jazmin Ealden 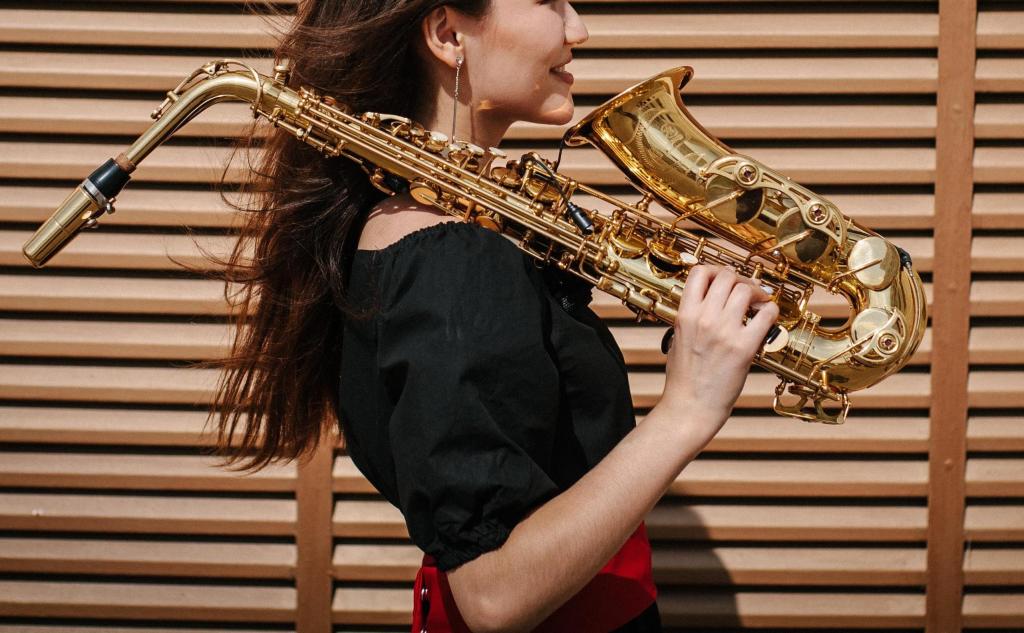 Gender inequality is rife in the classical saxophone community, especially in regards to programming, competitions, and masterclass opportunities. Damir Kopezhanov on Unsplash.

The field of classical music has long been dominated by men. For classical saxophonists, this is amplified by the close-knit nature of our field and the history of the instrument. Designed by a man, developed in conjunction with male composers of the late 19th/early 20th centuries, advanced through the support of institutions led by male pedagogues, and sustained by a rigid circuit of male concert soloists. This doesn’t leave much to the imagination when it comes to identifying the root cause of our current predicament.

The Selmer Supreme has been hailed as the next big thing in the saxophone world, even self-defined by the company as ‘the best saxophone ever made’. Boasting an impressive list of endorsements and testimonials, the marketing team at Selmer clearly knows how to pull together a marketing campaign. Unfortunately for the female saxophonists out there, the list is about as inclusive as the industry we’ve come to know and exist in. Not a single woman featured. Not one.

And yet, Selmer horns are played on around the world by thousands of highly successful and esteemed female soloists. More so, countless emerging artists and budding musicians have saved for years just to purchase an esteemed Selmer-branded horn. So why the exclusion from the promotional material? Surely it makes sense for Selmer to strive for inclusive representation to best reflect the wide-ranging demographic of their customer base?

When I emailed Selmer with my disappointed feedback, I was met with what I perceived as apathetic, reluctant acknowledgment:

Evidently, a task so challenging that they instead chose to only represent what they know best: white men. This begs the question, then, are they only interested in reaching a specific portion of their buyers’ market? It seems this does not matter to Selmer; they have to look after their friends and those already in their networks after all. 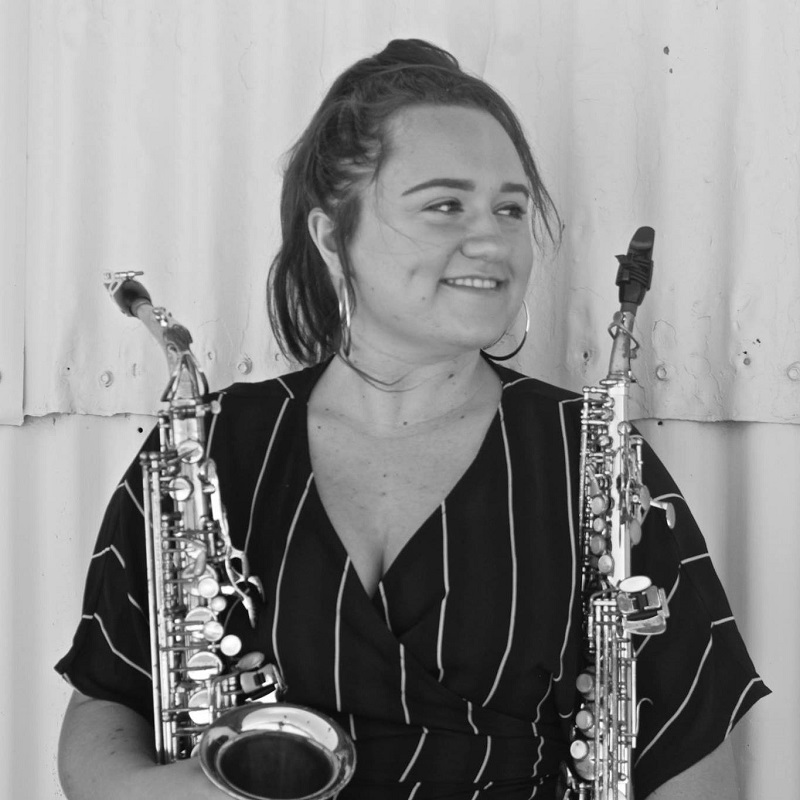 The response to the marketing campaign has been met with mixed response on social media. Encouragingly, others have shared similar sentiments of frustration about the lack of inclusivity.

‘As a woman who plays saxophone, I’m offended and confused by why you’d only target your non-gendered instrument to one gender? Hope it affects your sales negatively until you release a more inclusive advertisement!!’

‘For a company with a plethora of incredibly diverse artists on their roster, this oversight is inexcusable.’

It is particularly reassuring to witness white men from within those circles publicly coming forward to share their thoughts.

‘Serious “boys club” video you’ve got there. Zero representation of female saxophonists. You have a responsibility to do much better than that.’

‘Such a beautiful instrument. Can female players not play as well? Why none here? Shame.’

‘A whole [seven] minutes of film and they couldn’t get a hold of at least one of the many brilliant women who can play [the] sax? Disappointed to say the least.’

These comments demonstrate that support clearly exists within the saxophone community. The allyship shown by those who cannot directly relate to such discrimination is a significant and valuable contribution to dismantling such sexist behaviours.

Unfortunately, this situation has revealed more sinister conduct amidst the fight to achieve gender equality: the performative ally, those who come forward in support publicly, only to return to their habitual ignorance in their day-to-day life. One example includes an established male saxophonist boasting online about his involvement in a female-focused concert event, only to then publish an exclusively male list featuring ‘the world’s best saxophonists’ on his own social media. It seems that supporting gender equality as a white man online earns brownie points; it’s just a shame that those brownie points can’t be redeemed for equal opportunities.

The overarching issue of gender discrimination runs rampant further afield than just the marketing department at Selmer Paris. The classical saxophone community is rife with inequality in programming, competitions, and masterclass opportunities. Just one example is the recently announced jury of the 2021 Andorra Saxophone Festival Competition. One of the most highly regarded saxophone competitions around the world, it is blatantly clear that diversity representation is fairly low on their priority list. Out of nine artists invited to form this year’s open section jury, there are no women. This speaks volumes about the commitment to diversity, or lack thereof, by the very organisations we should be relying on to implement change.

The classical saxophone community is rife with inequality in programming, competitions, and masterclass opportunities.

‘[C]areers are built through having opportunity to perform, present, teach, judge, in marketing campaigns, through invitations, etc. When those invitations are only offered to the same group of people, and those people “don’t realise” it, or only notice the issue after the fact (as Selmer has clearly done), the cycle will continue.’

Such a cycle continues to reward the same select saxophonists at the top of the saxophone pyramid. The circuit of regulars have undoubtedly worked extremely hard to get to where they are, but the lack of acknowledgement about their privilege is problematic. Don’t get me wrong, the people themselves can’t be exclusively blamed, for they are operating within a system that perpetuates this cyclic pattern of gender-based discrimination. Unfortunately for everyone else, though, they also happen to have the most power and potential for change through their international reputations, networks and support from established institutions. This power imbalance prevents people like me from speaking out about this in fear of being excluded from future opportunities.

Yet, I find myself writing this anyway, because if I don’t, who will?

If these thoughts are not shared, then surely our very existence is thrown into question. The importance of this issue supersedes anything else. Why do we, as female saxophonists, endure rigorous and expensive tertiary level training only to be inevitably cast aside for our male counterparts? Why dedicate our lives to a pathway that is blocked before we even have a chance to try?

It’s time to hold those in positions of power accountable for their responsibility to do better. If not for us, then for our students, and for the generations of female saxophonists to come.

This article was originally published on Jazmin Ealden’s website and is republished with kind permission.

Jazmin Ealden is a performer, researcher and educator currently based in Perth. As a PhD candidate at WAAPA, she specialises in contemporary-classical saxophone performance and research into collaborative practice. Recent performance opportunities for Jazmin include solo recitals in Shanghai, Perth and Melbourne, and orchestral performances with the Western Australian Symphony Orchestra (WASO) and the Vienna Pops Orchestra (WA). Jazmin is a proud advocate for inclusivity and diversity in the performing arts sector. 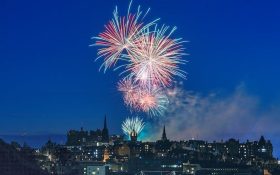 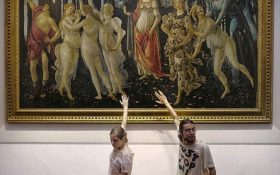 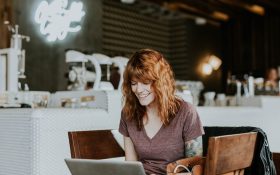 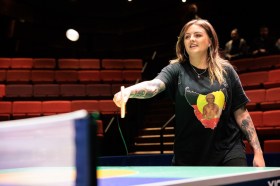 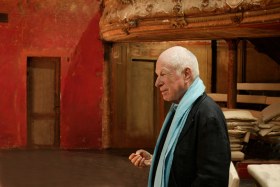