Bringing the board room to the orchestra

How does a manager balance the individualism needed for elite performance with the collectivism of an ensemble? A little help from workplace management helps.
Rory Jeffes
[This is archived content and may not display in the originally intended format.] 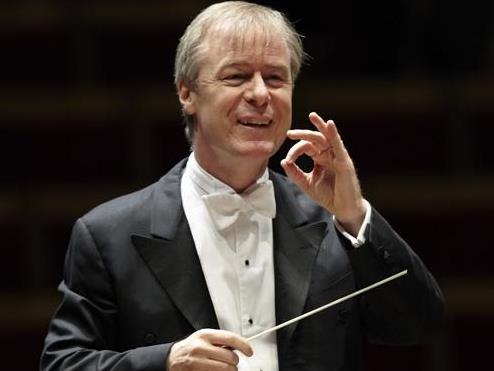 Imagine the formative years of someone who becomes an elite instrumental musician. Large amounts of time are spent alone with their instrument, practicing to build their skills and technique. People who excel to become high performance musicians are highly intelligent, creative and individualistic. Born problem solvers.  They’re used to forging their own path.

Then when they are, say, in their mid-twenties, they achieve the ambition that has driven their commitment for so many years; they audition – and are successful – for a position in the Sydney Symphony Orchestra, to many the premier orchestra in the country. Then from their first day in the orchestra, they must subjugate their creativity and individuality to the needs of the collective and to do what the guy, or girl, with the stick out the front wants. This can be quite a shift in practice for many and can take some adapting to.

So, here’s where I think things get really interesting…

While many musicians find this transition difficult, what you ultimately get is a reaction that goes the other way. By its very nature an elite orchestra is a collective. One of the greatest skills for an orchestral musician is in achieving excellence as part of a group – which of course in other spheres is referred to as the team achieving more than the collection of individuals – or that terrible cliché beloved by coaches in the 1980s that there is no ‘I’ in team.

In striving for collective musical excellence it is perhaps not surprising that this spills over into how they behave as a group when not performing on the concert hall stage. Orchestras across the world are highly collectivised, unionised – and Enterprise Agreements, or collective agreements, reflect the importance of a collective approach to matters both musical and otherwise. For many, there is comfort in this collective.

To quote from a study in 1996 by Levine and Levine: ‘The paradigm in the typical orchestra labor agreement that is the one that most baffles outside observers: the rigid limits on rehearsal time. In virtually every orchestra labor agreement there is an absolute limit on the amount of time before a required break, regardless of the point in the music the conductor has reached…musicians, having experienced 150 minutes of total lack of control, want their lives back.’

This collectivisation has many benefits in terms of performance standards, yet also leads to some strange outcomes. Individual decision making and actions can become repressed in some unexpected ways.

I remember when we were touring in Japan in 2007 we were giving a performance in Osaka. In Japan concerts halls are often built into larger complexes and this one happened to be on the third floor so you had to go up three flights of stairs to reach it. We arrived in buses and climbed three flights of stairs – in a glass atrium, to reach the concert platform.  After the performance I went through the backstage area to make sure nothing was left behind and found a musician standing in the stairwell looking at the stairs leading both up and down.

‘What in God’s name makes you think it’s upstairs?’

This musician – a highly intelligent person – had gotten through the whole day following the person in front and now suddenly was on their own they didn’t know what to do.

This collectivisation of the ensemble has also required me to adapt my own leadership skills and approach in recent years.

Something that became very clear to me soon after becoming Managing Director was that the apparent sense of harmony and collective excellence on-stage was not always evident in the interactions of the musicians with each other off-stage or with management.

Musicians often have enormous reticence in communicating concerns about others’ performance levels to colleagues. Sometimes in a rehearsal (and hopefully only in a rehearsal!) someone will make a huge mistake or wrong entry – and there isn’t a twitch or eyebrow raised across the orchestra. Nothing. The sense is ‘they know they made the mistake – they don’t need me to point it out’. One of our senior musicians told me when he first worked at the back of a string section in one of the major London orchestras a horn player made a loud mistake and our musician turned round to look at the culprit. ‘What the hell are you looking at sonny?’ was the response. They never spoke again.

Here in Sydney,  we have had chief conductors and artistic directors with authority over the ensemble which they often exercised in an authoritarian manner. Because of the reticence in criticising colleagues, there was a lot of reliance on the artistic director to make the difficult decisions and be the disciplinarian in the organisation. People could rally around the flag of indignation at the authoritarian nature of the Chief, but quietly behind the scenes were grateful someone else was doing it – as it had to be done. The Levine and Levine study I referred to talks about the potential infantisation behaviour of musicians when confronted by the ‘omniscient maestro’ wielding their authority with impunity.

This forced me to question: how do we start providing the skills within the ensemble to help the musicians develop a greater self determination of artistic standards rather than relying on the guy out the front.

The organisation had tried various things in the past to develop internal communications – from motivational speakers to gurus coming in and talking to the ensemble with dreaded team building exercises – most of whom were treated like they were from another planet, which as far as the musicians were concerned, they were.

So we decided to take a different approach.

We enlisted the help of a coach/mentor who had a great understanding of how the culture of a collective impacted on their ability to have ‘fierce conversations’.  To begin with he would hang out in the Green Room and watch rehearsals. If I’d gone to the musicians and said: ‘here’s a life coach to give you the answers from a company called ‘Winning at Work’’ then he would have been spat out of the Opera House in 20 minutes flat.

But, as I used to say when I worked in PR, the skill in the message is to set truth on a pedestal, then lead people to the best angle from which to view it. So the message I gave was: ‘here’s someone who’s really interested in the dynamic of how orchestras work and he’s going to spend a bit of time getting to know you out of his own interest.’

I made it clear that he did not report to me and he was there purely to provide advice and thoughts to the musicians as they wanted.

Gradually over time people would start to ask him things and he’d provide a really helpful perspective – have you thought about going about it like this?

Gradually word got around about his skills and he became an effective advocate and mentor to a lot of musicians both on how to have the difficult conversations and how to express themselves in advocating for what was important to them to their colleagues and management.

This really helped to move the organisation from being reticent and introspective about these conversations to celebrating a restless dynamism about wanting to improve.  Ultimately, self-determination on musical issues driven by the musicians themselves are far more effective and inspiring than submitting to the all knowing maestro.

One of the most satisfying changes that this has brought about is a much stronger sense of common purpose and unity between the musicians and management. I truly believe that the orchestra trusts that management have their best interests at heart and do not have some ‘secret agenda’ to be pursued to their detriment. This has not always been the case.

I recently celebrated my tenth anniversary with the Sydney Symphony Orchestra – and my sixth as Managing Director. I sometimes feel that I no longer have a career but have become involved in some grand social experiment – trying to bridge the reality of human existence – the day to day pressures and realities of life – with the extraordinary experience that I get to enjoy every week of sitting in the concert hall as the lights go down and there is that moment of silence before the conductor emerges. In that moment, and every time, everything coalesces into a sense of alignment of the experience, hope and fears of 100 of the most talented people in the world who are ready on stage and I become reminded of my own ultimate irrelevance in the execution of the performance. To provide them the opportunity to be there, in that moment, is both my responsibility and where my influence ends.  It is a salutary moment – and has become the reason I get up in the morning.

This article is an edited extract from a speech delivered at a Currency House Creativity and Business Breakfast held today at the Museum of Contemporary Art in Sydney.

Rory Jeffes is Managing Director of the Sydney Symphony Orchestra.