The quote describing 'dancers as space-eaters' was not coined with site-specific works directly in mind, but it certainly rings true for the in-situ show SITU-8.
Jo Pickup 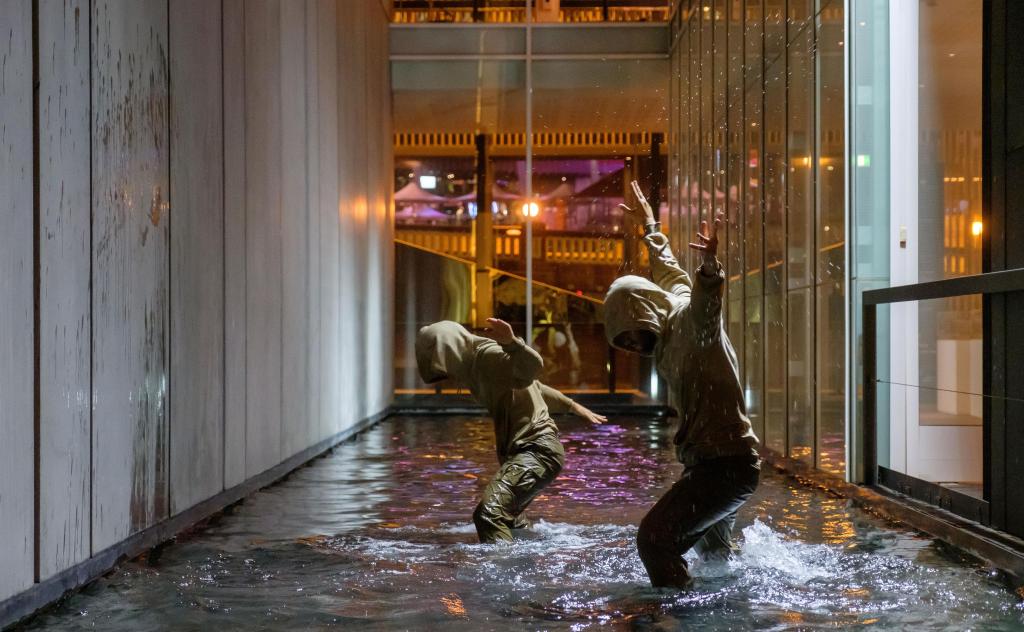 Presented by STRUT Dance, TURA New Music and the State Theatre Centre of WA, and curated by performance makers and producers Serena Chalker and Georgie Crawley, SITU-8 sees eight pairs of independent choreographers and composers devise new works in response to Perth’s iconic State Theatre Centre of WA spaces. The result is a diverse and imaginative swallowing-up of the site by this bevy of local talent.

We begin in the State Theatre Centre’s Level One bar area still sipping our pre-show drinks as an up-beat soundtrack infuses the room and enigmatic dancer-bartender Russell Thorpe explodes in a playful jaunt across the bar’s long tables. This piece, by dancer-choreographer Ashleigh White and composer Alexander Turner, features beautiful moves by both Thorpe and dancer Mitchell Aldridge, and has the right touch to set an uplifting scene that reminds us to embrace the many layers of our collective social fabric.

We are then ushered down the theatre’s grand staircase, and as we do, we pass three female figures dressed in red sequins and black tulle sprawled on the stairs. The music fades in and we look up to see the dancers moving deftly across the stairs’ levels. They offer fluid, slightly demonic sequences that echo ancient ritual.

At times their bodies cast giant moving shadows on a screen above and behind them which adds a striking visual layer. Choreographed by May Greenburg with sound composition by Felicity Groom, performed by Greenburg, April Vardy and Georgia Van Gils, it is both soft and piercing and is a clever response to the theatre’s epic central staircase.

As we continue to walk through the site we meet a roaming princess (Mani Mae Gomes), unsettled water-spirits (Daisy Sanders and Tahlia Russell) and a silver-tinted moving dynamo (Jo Omodei) who flashes around a small concrete basement box space against a booming score by Rebecca Riggs-Bennett with choreography by Ellen-Hope Thomson.

Noteworthy in its thoughtful engagement with the site is Joshua Pether’s performance art piece with dancers Sanders and Russell as water spirits of its Whadjuk Noongar country and wetlands. This collaboration with composers Simon Charles and Josten Myburgh uses the sounds and stuff of water to prompt us to think carefully about what lies beneath our feet in this space.

There are also moments of whimsy, as Sally Richardson and David Stewart’s world of aerial wonder and twirling delight burst forth reminding us to be free, and Talitha Maslin perches on a roof space (and we do too!) as an opulent Alice in Wonderland-type bride.

Most memorable however is when we enter a smoke-filled theatre basement to watch dancers James Vu Anh Pham, Tyrone Robinson and Zunnur Zhafirah move in the darkness in a series of butoh-esque physical forms. Their bodies twitch, furl and clutch each other in the shadows and it’s a compelling experience.

Then, the finale work by Mitch Harvey (choreography) and Louis Frere-Harvey (sound) is another standout. As a gentle electronic trickling track plays in our ears (via headphones) we peer down from the theatre’s outside balcony space over its long pool water feature. Two hooded figures emerge, stalking their way through the shallow tide.

Dancers Celina Hage and Scott Galbraith bring Harvey’s beautifully considered rhythms and sensory interplays to life as they push and pull through the water. It’s sophisticated and nuanced, and is a fitting end to a journey fuelled by the compulsion to shape-shift and move us through altered states.

Yes, these dance makers are definitely space eaters, and SITU-8 is a scintillating trip.

ArtsHub's Arts Feature Writer Jo Pickup is based in Perth. An arts writer and manager, she has worked as a journalist and broadcaster for media such as the ABC, RTRFM and The West Australian newspaper, contributing media content and commentary on art, culture and design. She has also worked for WA arts organisations such as Fremantle Arts Centre, STRUT dance, and the Aboriginal Arts Centre Hub of WA, as well as being a sessional arts lecturer at WAAPA. 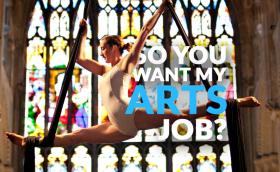