The case for a Universal Basic Income: freeing artists from neo-liberalism 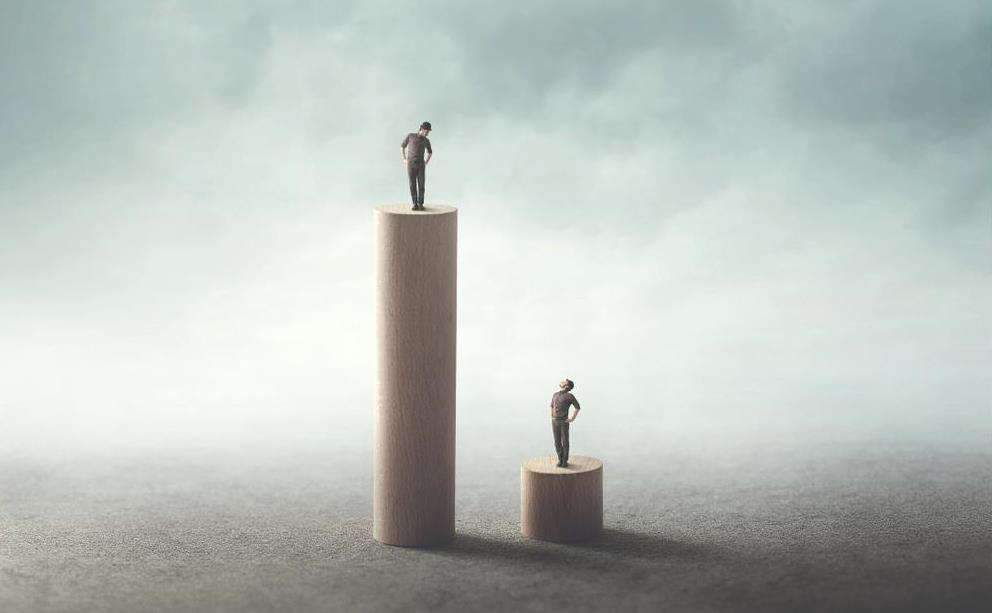 The Federal Government’s exclusion of the majority of artists and arts workers from the JobKeeper scheme, and its failure to generate a national stimulus package for the arts sector, adds contempt to the indifference that has characterised this Government’s long-term engagement with the arts.

This indifference and contempt are a corollary of neo-liberalism which, through the carriage of managerialism, has effectively dismantled the public sector.

As a consequence, society has been subsumed within the twin peaks of neoliberal economics, efficiency and productivity. The neoliberal hegemony is both social and conceptual, it colonises our citizenship and our imagination with a mania of, and for, competition.

The neoliberalisation of the arts sector is emblematic of this pathology. Society has been dispossessed of art as a public good, as art has been turned into a privatised, monetised product. Artists talk openly of their art as cultural product thus closing the loop of neo-liberal logic that determines the sector’s internal governance.

Retained within neo-liberal configurations until their use-by date passed, artists have now been discarded in this country.

In the face of this tsunami, the sector’s advocacy and activism has understandably struggled.

Tactics that generated the 2014 Sydney Biennale Boycott, the resistance to Brandis’ funding grab in 2015, the subsequent Senate Inquiry, establishment of the Arts Party and smaller incursions like the recent #createaustraliasfuture are tactics without a strategy. This is a disconnect that is not germane to the arts sector. It’s a deficit of progressive politics. A deficit of imagination. Ironic.

As a result, artist-populations are compressing.

If the same indicators are used, then numbers will have significantly decreased next time they are measured –– and the Australian arts will be a rump of major companies and funding mechanisms employing only the managerial class that has persistently colonised the artist.

A NEW KIND OF ARTIST

The system is broken for artists and a new kind of thinking and doing needs to be created. Perhaps inevitably, a new kind of artist.

One of the most interesting proposals to have come out of recent agitation is the Melbourne Dance Company (MDC) model, a new iteration of a major organisation that sits within the current system but disrupts its conceptual logic, institutionalised discrimination and underlying values.

The MDC proposes a unique company structure that distributes 90% of its $10 million annual budget to 225 company members in the form of a $30,000 living wage. In addition, each member is allocated $10,000 towards their annual artistic project. The remaining 10% is ‘dedicated to the company’s administration, payroll, fundraising (including philanthropic), and broader sector advocacy’.

This is a DIY approach to the inequity that has cast artists and arts workers to the fringes of the labour force, a fact further exposed by conditions caused by the COVID-19 pandemic.

The core ambition of the MDC proposal is the fair distribution of taxpayer’s money to pay artists for their work. It embodies the basic principles of the discourse around a Living Wage for Artists and challenges the arts sector’s refusal to undertake a redistribution of existing and future funds that acknowledges the work of artists through the prisms of quality, fairness, equity and reach.

While ideas such as the MDC are worthwhile, they will not in the long run keep up with societal changes occurring outside the arts. They can, however, lubricate the sector’s appetite for change, and if successful lead to correction in an industry that has underwritten its survival off the back of the exploitation of artists.

In that way such activism is crucial, a tactic within a broader strategy. A strategy that encompasses the principles, if not the implementation, of a Universal Basic Income (UBI).

THE CASE FOR A UBI

The MDC’s approach speaks to global conversations and actions in play around the UBI. Over the last decade, there has been an accumulation of interest in a UBI, which in the last months has gone exponential.

The workings of a UBI are familiar to many but a short, crude definition is probably worth a reminder here. Basically, a UBI is a government program that gives every citizen a periodic payment of a liveable amount of money without means-testing.

UBI principles are implicit in the social safety nets of Sweden, Denmark and Norway. A few years ago, Finland and The Netherlands tested the waters. whilst Scotland also toyed with a pilot project. The Swiss put it to a referendum in 2016.

Australia had a singular (and positive) taste of it in 2009 when the Rudd Government dropped almost $1,000 into the bank account of every Australian of age to mitigate the effects of the GFC (Global Financial Crisis).

Last December, Germany guaranteed unemployed citizens a monthly stipend indefinitely. Last week, Spain rolled out a universal minimum income for 2.3 million citizens and is spearheading a pan-EU minimum income along with Italy and Portugal. In the US, Presidential candidate Andrew Yang made the UBI part of his platform and in mid-April, House Democrats introduced The Emergency Money for the People Act to give $2,000 a month for a minimum of 6 months to those making less than $130K per year.

Serious conversations are underway across America for the first time since 1969 when legislation promoting its principles was passed in the lower house but defeated in the Senate.

The UBI has been around for some time and has supporters across the political divide. In the arts context, it resonates with programs for the social support of artists that are active in Belgium and France.

It is the discourse surrounding the UBI, as much as the mechanism itself, that has resonance for artists and arts workers.

The system is broken for artists and a new kind of thinking and doing needs to be created. Perhaps inevitably, a new kind of artist.

Whilst there is contest around the implementation of a UBI, there is broad consensus that any iteration needs to account for national factors such as culture, geography, the kind of economy and the pressing needs of the environment. It’s this whole-of-society approach that makes the UBI a meaningful proposition for addressing the financial discrimination that characterises our arts sector because, unlike many income support schemes, it includes all of us, all citizens.

One of UBI’s leading global advocates, Guy Standing, wrote in The New Precariat in 2011 of the growing precarity for workers. In a webinar organised by The Green Institute last month, he described a member of the precariat as, ‘a supplicant, you have to ask for favours from a parent, a bureaucrat, an employer.’

To me, this embodies the servile position of the Australian artist. Always looking up to the financial tables, at which we are not allowed to sit, always waiting for the crumbs to fall. It’s not very dignified is it? A UBI would take the crick out of our collective neck and restore some dignity to our work and our daily life.

Another aspect is equity.

A UBI acknowledges the worth of all citizens and enshrines basic rights of justice, freedom and security. It can relieve the burden of one’s ancestral or family history and so help mitigate the rise of class, a fundamental driver of social and cultural inequity in Australia.

A third point is that a level of financial security provided by a UBI would allow artists to escape the so-called ‘arts industry’ which, for artists, is a mirage, a problematic construction driven by a comparatively well-paid, managerialist class that fetishizes the artist and cannibalises their need to create.

A question I’ve asked many times over the years is: How can you call the arts ‘an industry’, when more than a third of its primary producers, artists, live below the poverty line?

So, there are both actual and contextual issues at play. In actual terms, a UBI can drag the Australian artist out from under the poverty line. In contextual terms, the oppressive ambience of the arts sector would be mitigated simply by an external correction of the gross inequity that prevents it from operating fairly and productively.

For artists, the UBI requires a leap of imagination, out of the tactics of servitude and survival and into the heart of a strategy that can deliver a vision for all.

Imagination is integral to any artist’s practice, so it shouldn’t be too difficult to take the leap.