Europe might be in dire straits, but there is one particular house everyone wants to be in, Sotheby’s auction house. Apparently now is the time to sell, sell, sell those Dali and Picasso paintings hanging on your wall, as according to figures filed by Sotheby’s at Companies House, the company auctioned off £931m worth (that’s $1.4 billion) of artwork in 2011.
ArtsHub
[This is archived content and may not display in the originally intended format.] 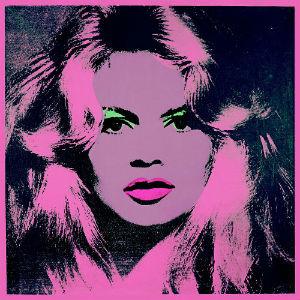 Europe might be in dire straits, but there is one particular house everyone wants to be in, Sotheby’s auction house. Apparently now is the time to sell, sell, sell those Dali and Picasso paintings hanging on your wall, as according to figures filed by Sotheby’s at Companies House, the company auctioned off £931m worth (that’s $1.4 billion) of artwork in 2011. This number is up £50m from the previous year.

The highest, publicly auctioned, earner of the year was Francesco Guardi’s Venice, ‘A View of the Rialto Bridge, Looking North’ which fetched an impressive £26.7m ($40.7m). A private collection of works that included Francis Bacon’s triptych of studies of Lucian Freud, the late artist who also sold highly at auction, and Salvador Dali’s portrait of French Poet Paul Eluard, earned a total of £93.5m ($142.6m). The Bacon and Dali artwork were individually worth £23.7m ($36.1m) and £13.5m ($20.5m) respectively.

This streak of fine art fortune is set to continue. In May the private collection of Gunter Sachs will be auctioned at Sotheby’s, with the 300 pieces expected to collect a sound £20m ($30.5m). The collection includes a portrait of Brigitte Bardot by Andy Warhol. Sotheby’s spring collection of contemporary art will be exhibited in Los Angeles before going to auction in May.

The company’s origins begin in London, where bookseller Samuel Baker sold a library in 1744. This particular authentic London location had an increase in sales in 2011 of $4.9bnUSD ($4.7bnAUD). But the other 89 auction houses the group owned throughout 40 countries helped it reach its total of hundreds of millions.

News of such sales numbers come days after it was announced that James Murdoch, News Corp Executive and son of Rupert Murdoch, will step down from the board of Sotheby’s after deciding not to run again for re-election at the company’s annual meeting on May 8th. In the meantime, “Sotheby’s will seek to find opportunities to continue to engage with Mr. Murdoch in the areas of his expertise,” said an auctioneer.

Back to the numbers again, and other auction houses can’t complain. Christie’s has forthcoming highlights to sell in 2012, such as Edvard Munch’s ‘The Scream’ (expected to raise $80mUSD, that’s $76.9mAUD) and Andy Warhol’s portrait of ‘Elvis Presley’ (which is tipped for up to $50mUSD, or $48mAUD).

Sotheby’s managing director for Europe, Patrick Van Maris Van Dijk, said “directors are encouraged by the level of auction sales to date in 2012 and remain encouraged by the strength of the global art market.” Global sales of fine art hit £35.8 billion ($54.6bn) for the total year of 2011. 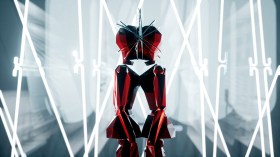