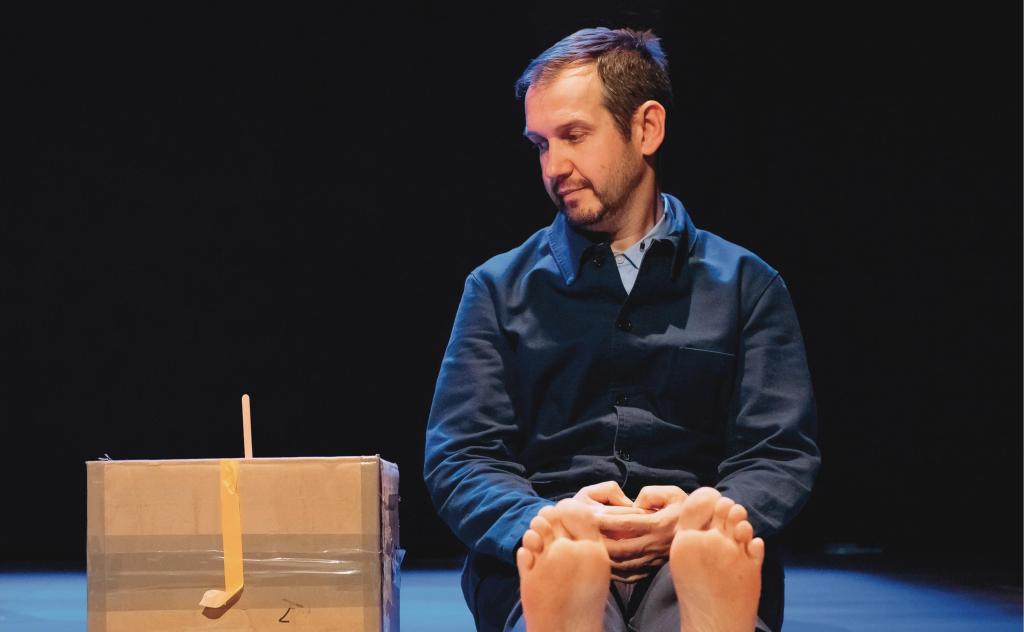 Stick By Me is now touring Australia following an award-winning season in Scotland in 2019. Photo: Mihaela Bodlovic.

When I realised Stick By Me was just one guy on a stage with some music, sound effects and props, but no words, I think I laughed out loud. There’s no way that would entertain my almost-four-year-old for 40 minutes, let alone a whole audience of similarly aged ratbags. But kids always find a way to surprise you, don’t they?

Performed by Andy Manley, Stick By Me is a play about a man and his friend, a stick. There are ups and there are downs. But there isn’t a word uttered at any point during the show until the very last moment, when a single word is offered.

I was astounded by the emotional connection the kids formed with the performance. At one point during the show, a stick breaks. One child in the audience started crying uncontrollably, wounded by the loss. It was heartbreaking.

There were also a lot of fun, physical clowning elements executed by Manley. Mr Almost Four belly-laughed so hard – the kind of laugh that is completely infectious, and as I looked around the theatre, other kids were having the same fantastic time.

We really do underestimate kids and their capacity for empathy, insight and imagination.

The piece was created by Manley along with Ian Cameron – the team behind the children’s show White – and it was awarded Best Production for Children and Young People at the 2019 Critics’ Award for Theatre in Scotland (CATS).

It’s easy to see why. The young audience wasn’t just entertained; they were completely captivated. But because so many aspects of the play were open to audience interpretation, older audience members were able to use the time and space to think about some of the points made and raised by the performance: friendship, imagination, loss, initiative and more.

I really hope Manley brings this show back to Melbourne. If you’re located anywhere that it’s showing and you have a child aged between 3 and 6, don’t miss it. It’s the most memorable children’s stage production I’ve seen, and one I’ll remember for a long time to come.

At the end of the performance, Manley presents each audience member with their own stick to take home and Mr Almost Four has been cradling his carefully in the days since he saw it. It speaks volumes to the effect the play had on him and how much he found a place in its world.

A veteran journalist, Isabelle Oderberg is a comedy fanatic and has been reviewing comedy for six years. She also reviews restaurants, opera and theatre.