From finding a mentor to thinking like a leader, here are the year's 10 most popular pieces of career advice.
Staff writer
[This is archived content and may not display in the originally intended format.] 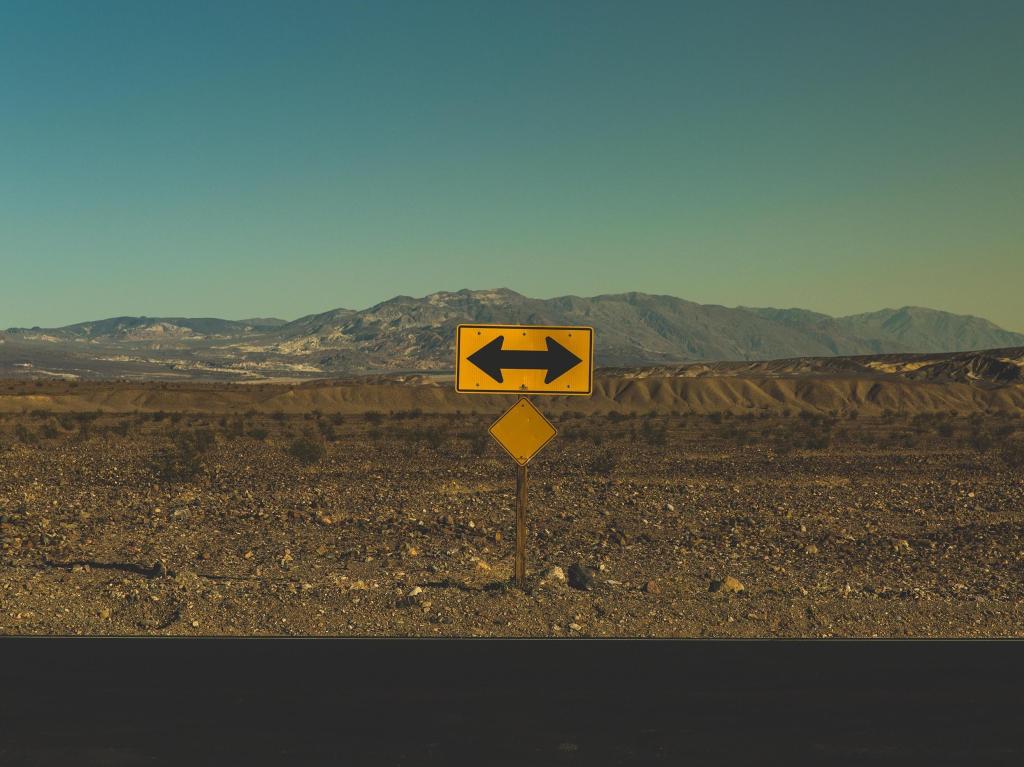 The end of the year is the perfect time to enjoy the fruits of your labour, and also an ideal moment to reflect on and reassess your career goals for 2018. To help fast-track your professional pondering and to provide inspiration, we’ve assembled this list of our most popular career advice articles of 2017.

1. Want success? Then give up these 20 things

Rather than skilling up, we suggest toning down for success.

Conventional thought is that in order to successfully promote your career you need to boost your education, your skills and your network. ‘Take it on and you will conquer,’ is the mantra.

But it might be the opposite that puts you on a more rewarding path. Contemporary thinking has pitched the idea that if we give up certain things, it leaves greater space to grow and de-clutter our ambitions. Let up on yourself a little and you just might shine.

Read: Want success? Then give up these 20 things

What makes a good leader and how can we steal their ideas? We asked two of the industry’s most innovative arts leaders what makes them tick.

Good leadership ensures that people can work harmoniously together to achieve common goals. It is believed that leaders inspire individuals to stand up to and protest against what is wrong within our society – that real leaders innovate and interrogate. So how can we learn from their examples and successes?

ArtsHub speaks with two of our sector’s leaders (Claire Spencer, CEO of Arts Centre Melbourne and Wesley Enoch, Festival Director of Sydney Festival) about the qualities they think a good leader requires.

3. How I became a culture entrepreneur

Starting in a gallery and working as a PA helped Emilya Colliver establish three healthy, interrelated businesses that are taking Australian culture globally.

At just 36, and with three businesses under her hat, Emilya Colliver says that becoming a culture entrepreneur was ‘a natural progression’.

‘When I started Culture Scouts two years ago, I noticed that everyone kept doing all these amazing things – creative things in neighbourhoods – but no one was sewing it all together,’ she explained.

Now Colliver and her team conduct between 500 – 600 curated art tours a year across Sydney neighbourhoods.

They have recently taken their concept to the global tourism market, participating in the Australian Tourism Exchange (ATE17) in May. Her success has come quickly. But how has Colliver made culture a business that works?

Read: How I became a culture entrepreneur

4. How not having my shit together helped my career

We are fed the mantra about needing to have a roadmap, but often that road is full of U-turns and dead ends. Does getting it wrong matter for a career in the arts?

Any career is peppered with crossroads leading to multiple possible futures, each of which could be equally incredible. On most accounts, when potential career changes happen people tend to go with their gut feeling, crossing their fingers that their decision is right. But the right outcome isn’t always the most successful one.

‘The best laid plans of mice and men often go awry.’ This adaptation of Scottish poet Robert Burns’ 1785 text has become a balm to failure across the ages. Career dead ends and U-turns are just as common as the well lit freeway forward. We just don’t talk about them.

No matter how carefully a project or career path is planned, something inevitably will go wrong. We recently came across an article by blogger Srinivas Rao, who confessed that he’d written a post each year with life lessons he’d observed, for example, 38 lessons from 38 years on the planet. He said that while that might imply an attaining of wisdom, rather it was just an affirmation that he had done a stellar job at messing up.

Read: How not having my shit together helped my career

5. Employers want what arts graduates have

Research shows the skills taught in arts and humanities including communication, critical thinking and presentation are increasing sought by employers.

Surveys of the key skills employers seek in graduates continue to place so-called “soft skills” – like verbal and written communication skills, the ability to work collaboratively in teams and to influence others – in the top ten. But a 2016 report found that other skills – such as critical thinking, problem-solving, attention to detail, and writing – top the list of missing skills among job-seekers.

These skills are rated as being important across all jobs and industries. And employees not having these skills costs businesses thousands of dollars per year.

In the first major review in two decades, the New South Wales Higher School Certificate syllabus is set to focus on ensuring students are more work-ready. The changes will put an emphasis on depth and rigour across key subject areas including English, maths, the sciences and history.

6. How to toot your own horn

Most people find self-promotion icky and uncomfortable. Here’s how to do it well.

With the exception of a few super-confident types (including a certain US president), self-promotion often feels fraudulent, arrogant and uncomfortable. Whether it’s encouraging people to come to your show, see your work or hire you, talking yourself up can take a lot of practice.

It happens to everyone

The biggest barrier to feeling comfortable with self-promotion is doubting yourself. One thing that prevents people from promoting their own work is the mistaken belief that they, or their work, doesn’t deserve promotion. It can help to remember that everyone from Sigourney Weaver to Andy Warhol have spoken out about their own self-doubt.

‘It definitely doesn’t come naturally and most of the time it does feels icky,’ said Tess McCabe, a Melbourne designer and publisher. ‘I think it’s because in many aspects of my life I abhor that which is fake, and thereby I assume that everyone else would be able to spot instantly that I was faking anything that I talked up too much. Is that impostor syndrome?’

Read: How to toot your own horn

7. 45 ways to spot, overcome and even enjoy a creative lull

Creatives share how they overcame challenges, creative block, indecisiveness or a lull in energy to turn a breakdown into a breakthrough.

Be it over the course of our careers in the arts, or even our day-to-day creative practice, it’s natural to experience periods of creative lull.

We may struggle to formulate a new idea, take a project through to the next step, or maintain confidence in our work and practice.

When in the thick of such a time, many of us fail to acknowledge that it’s temporary. Instead, we may convince ourselves that this lull is a signal that our ideas have officially run dry, or our careers have no foreseeable future. We’re not good enough, we’ve maxed out our creative potential, we are stuck.

But instead of taking our own creative lulls personally, we can learn to the importance they play in the growth of our work.

Read: 45 ways to spot, overcome and even enjoy a creative lull

Dramaturgy is the study of how plays work – but what training is available for would-be dramaturgs and how do you get into the field?

While the roles of playwright, director and other theatre-makers are clear and specific, the dramaturg’s role is less clearly defined. Even theatre insiders can sometimes be unclear about precisely what the dramaturg’s ‘dark art’ entails.

‘We can unpack each of those three words endlessly. By “plays” we might mean Theatre, Drama, Live Art, public spectacles or ritual acts. We might mean playing games, we might mean telling stories … By “how” we’re thinking about their structure, their raw ingredients, their anatomy, their alchemy, their mechanics, their mysteries, their contexts, their processes, their practicalities, their histories, their possibilities.’

Successful creatives illuminate their career trajectories to reveal insights into starting out in the arts industry and keeping up momentum.

When scrolling through a curated Linkedin page or reading a well-crafted artist bio, it can difficult to pinpoint how someone we admire first got their start. With the difficulties and learning curves rarely advertised, it’s not difficult for our minds to assume it was success after success.

Yet there are always stumbles and  throughout our careers. Even the most esteemed in the arts industry will tell you they’ve been there – from finding it difficult to get a foot in the door, overcoming imposter syndrome, or balancing work experience with study and a job. Much like sharing our failures can help “balance the record” and encourage others to pick themselves back up, illuminating the realities of the very beginning of a successful career can inspire those starting out to persevere.

Read: How I got my start

‘A good mentor can make such a big difference in all kinds of ways.’

Remember in the first year of primary school, when you were assigned a buddy? An older, all-knowing 11 or 12 year old to show you the ropes and have your back in the playground was a lifeline for an anxious five year old negotiating the wild frontiers of school.

Deep down, we all could still do with a buddy to help us adult. In a world where photos are flat-laid and filtered and our intimacies are smeared all over the internet, a helping hand in our professional lives is a windfall. Enter: the mentor.

Mentoring has its roots in Greek mythology: Ulysses trusted his son Telemachus to the care and direction of his old friend, Mentor, before setting out to fight in the Trojan War. Since then, the mentoring relationship has not changed much. The essence of mentoring remains the same: a partnership between a more experienced person (the mentor) and someone less experienced (the mentee), to foster personal and professional growth. A mentor doesn’t have to be older, but is usually more advanced in their career or artistic progression than the mentee.

Read: How to find a mentor

To contact the ArtsHub news desk email editor@artshub.com.au. Keep up-to-date with the latest industry news; be part of the conversation and an engaged arts community by following ArtsHub on Facebook, Twitter, Linkedin, Pinterest,Tumblr 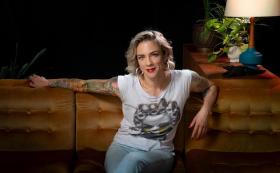