Why Gerhard Richter will soon be a household name in Australia

Discover why Richter is touted as one of the world’s greatest living artists. At 85, GOMA presents his first major survey in Australia.
Gina Fairley
[This is archived content and may not display in the originally intended format.] 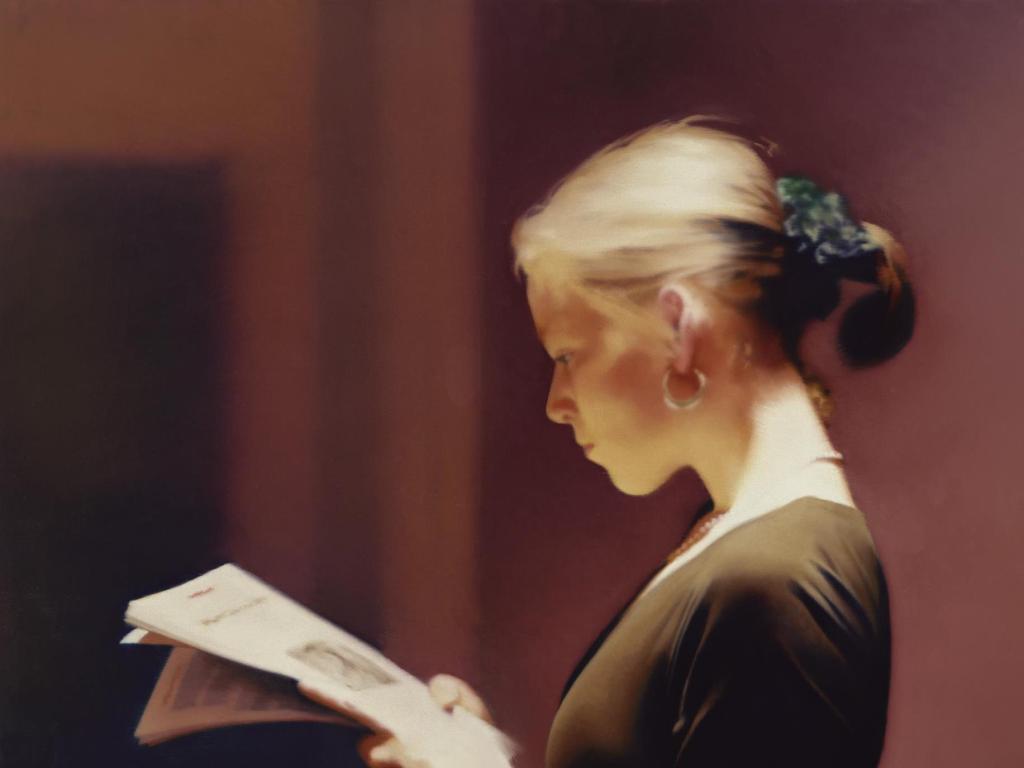 He has been described as one of the world’s most influential artists and his artworks achieve the highest results at auction for any living European artist, and yet to date, Australian audiences have had little opportunity to view the work of German artist Gerhard Richter.

Queensland’s Gallery of Modern Art (GOMA) is addressing that oversight with an exhibition exclusive to Brisbane, Gerhard Richter: The Life of Images, opening on 14 October 2017.

Exhibition co-curator Dr Rosemary Hawker told Artshub: ‘I have spent so much time looking at these artworks in books – as have many of us – but that sense of thrill bubbles up with the shipping crates arriving this week.’

Hawker has been working on GOMA’s Richter exhibition since 2012. The exhibition will span some six decades of Richter’s diverse and innovative practice, and features works loaned from major collections all over the world – the Museum of Modern Art, New York; TATE, London; Los Angeles County Museum of Art; SFMOMA, San Francisco; Staatliche Kunstsammlungen, Dresden; Lenbachhaus, Munich – but most excitingly, also from Richter’s private collection including pieces that he lives with in his home.

Hawker said: ‘Ella is a painting of his daughter, and hangs in his home. It is a very intimate addition to this show for Australian audiences.’

Why Gerhard Richter is so important

There are some exhibitions that are “must-sees” because of the stature of the artist. But with Gerhard Richter there is something else going on. His works have an enigmatic quality that bewitches artists and public alike.

‘I know from experience it’s the figurative works that audiences respond to; they cluster around the portraits and you have to peel them away to move on,’ said Hawker.

‘To my mind, however, the biggest contribution that Richter makes to art is that he demonstrates images have a life of their own, and that across history they have an autonomy and generate other images.’

Referring to the exhibition’s title, Hawker – together with QAGOMA Curator Geraldine Kirrihi Barlow, Curatorial Manager International Art – has created an exhibition that will demonstrate the diversity and breadth of Richter’s practice.

Highlights will include a new and extensive overview of the artist’s life-long archival project Atlas, and the four-part abstract series, Birkenau 2014, which weighs up questions that have privately shadowed the artist since his own childhood experiences in World War Two.

Hawker said that Richter was never afraid to tackle the political aspects of history in his art. ‘The Birkenau series is a rethinking of paintings from the 1960s which he painted in response to the Holocaust. He grew up in that period of German war guilt and trauma, and lived in East Germany until he went to art school. He is coming back to those topics now at the end of his life – it doesn’t go away.’

Hawker said the moving series is presented in a temple-like space and that the largely grey works are not without hope; bright colours are revealed where the paint had been characteristically scraped back by the artist.

At 85, Richter is still painting. He has an incredible work ethic and has produced an enormous body of work.

Hawker, who is a Senior Lecturer in Fine Art at Griffith University, explained: ‘As an artist, Richter was one of first to embrace cross-medium practice very early on, and his work is associated with many modes – not only figuration and abstraction, but is also linked to early Pop, Fluxus and readymade works.

‘From the coalface – I teach at a studio-based art college – when I go to the library and go to the section on Richter all the books are completely dog-eared and splattered with paint, while the others on the shelves around them are pristine.

‘Students turn to Richter, not necessarily to adopt what he does, but in admiration of his technical capacity and the strength of his practice,’ said Hawker. ‘He is an enormously influential contemporary artist whose work confirms the ongoing relevance and power of painting as an art form.

‘We are well overdue for a Richter show in Australia,’ she added. 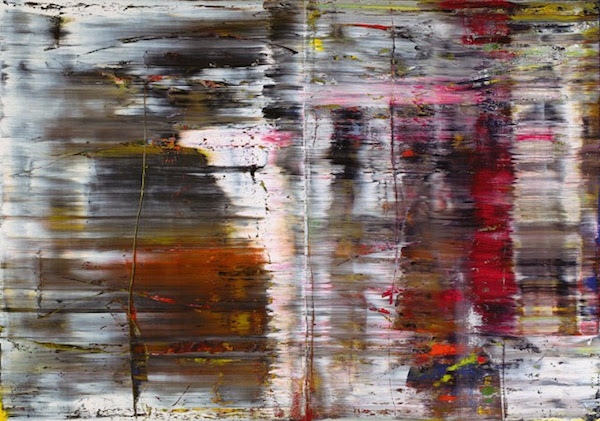 On meeting Richter, what would you ask him?

Hawker has met Richter twice. While the artist has a reputation of being incredibly hands-on when producing an exhibition, this will be the first big show that he has stepped back from – a sign of his trust in the GOMA team.

Richter told Hawker: ‘I need to be in control of my time now.’ The German artist said that he was genuinely ‘chuffed’ by this big Australian show, that it was almost like he could tick it off – ‘that’s all sorted now’ – as he approached the end of his career.

She added: ‘The thing I really wanted to ask him was whether there was a relationship between some of his works and natural forms – that kind of marbled paper effect that is made by chance and nature and we see it, especially in the abstractions under glass.

‘It took a while to get the translation right, and then he pointed to the floor in the studio, which was made from some kind of cut stone with natural cut marks in it. He was totally alert to the connection.’

Hawker made the point that Richter reads profusely; he looks at other people’s work and thinks a great deal before making a mark. ‘He is not an artist who goes into the studio and says, “What will I make today?” He is incredibly German in character that way, very systematic and well organised.’

Richter’s own writings have also engaged. ‘He writes well about his work, and this is something that other artists and art students look for – that artist’s voice. He is pretty accessible.’

She said that the challenge in curating the exhibition was not securing loans or working with the artist, who is sometimes describes as ‘a little contrary’, but rather the scale of Richter’s work.

‘I had this wish list, and so many works were being offered to us for the show, but it quickly became apparent that many of them couldn’t go through the door of a jumbo freighter – they were too big. It was heart wrenching.’

Getting around the problem, Hawker turned to Richter’s tapestries, which are largely unknown and little exhibited, and a rethinking of Richter’s archive, Atlas.

‘I had seen one of the tapestries elsewhere and they were very good and enabled us to get in large scale,’ said Hawker. ‘Its strange nobody wants to talk about them – men at the end of their careers taking up tapestry – but I couldn’t think of a more sophisticated object and the digital technology involved is amazing – they are surprisingly hefty,’ she said.

‘The most extreme space in the exhibition, however, is for Atlas; it runs the entire length of the building, like a spine. Metaphorically it is also like a spine to Richter’s work, including a lot of source images for the paintings, and we can get to see him thinking through the status of the image itself.’

Given the fragility of the work, 407 pieces of the 900 plus archive have been reproduced in a homogenous half-scale for the first time.

‘It will be installed according to Richter’s design in that long gallery; he is calling it a new art work in itself. This idea of returning and revisiting is so key to his career, and to have this new rethinking at this late point in his career is a remarkable coup for GOMA,’ Hawker said.

‘I hope it gives people the chills a little bit – that goose bump reaction,’ she concluded.

Gerhard Richter: The life of images will show exclusively at Brisbane’s Gallery of Modern Art (GOMA) from 14 October 2017 until 4 February 2018. It is a ticketed exhibition.

On Saturday 14 October there will be a program of talks, tours and discussions with the curators and international guests, and on Sunday 15 October, in partnership with Griffith University, QAGOMA will host a one-day academic symposium on Richter’s expansive practice. Click here for more details on related events.