Theft and forgery from Whiteley to Warhol

While fraud is caught on camera in Victoria, Warhol walks off the wall in Missouri and an online watchdog tracks the world’s trade of fakes.
Gina Fairley
[This is archived content and may not display in the originally intended format.] 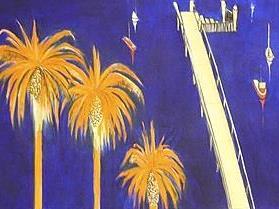 This week the case over three fake Brett Whiteley paintings has resurfaced in court. The paintings were allegedly made by conservator Mohame Aman Siddique and sold by art dealer Peter Stanley Grant. The pair have consistently pleaded their innocence.